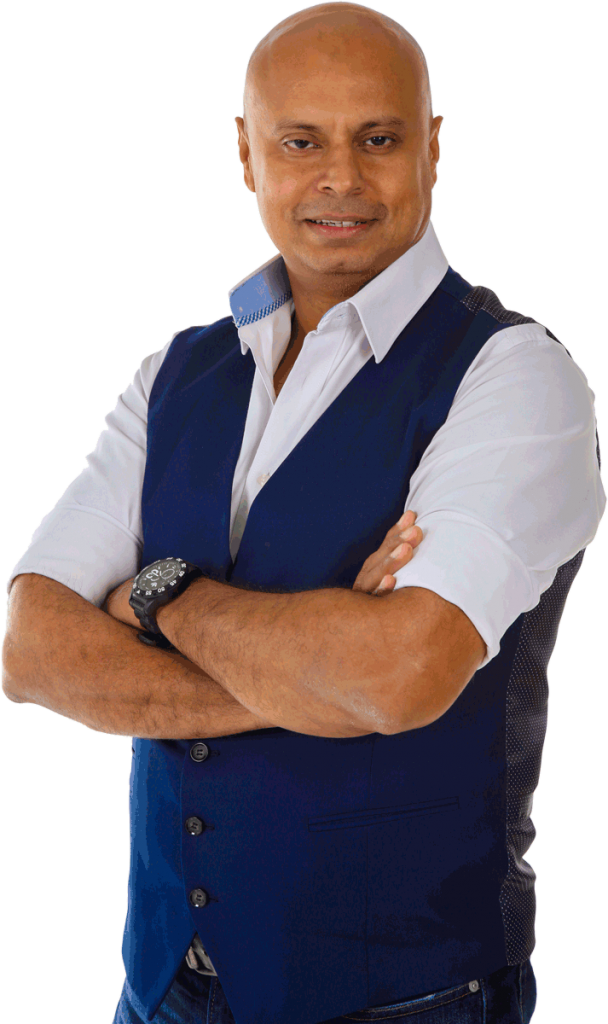 Your search for your Emcee stops here!

This virtuoso behind the microphone has firmly established himself as a versatile entertainer & Radio Producer. He has hosted countless formal events ranging from product launches, seminars, conferences, gala nights and award presentations to awesome hi- energy parties. His vivacious personality captures and sustains audience interaction and participation effortlessly.

Having been a full-time emcee for the past 25 years, he has entertained audiences all around the world from South Africa, France, Egypt,
UAE, Cyprus, Australia, Japan, Turkey to every country in South East Asia. His deep understanding in the sensitivity of politics, culture and religion makes him one of the most sought after international emcee.

He is also technically savvy in the Audio & Video field thus able to provide advice and resolve technical glitches onsite.

He advocates the word “CHANGE” and strongly believes no two events are the same.